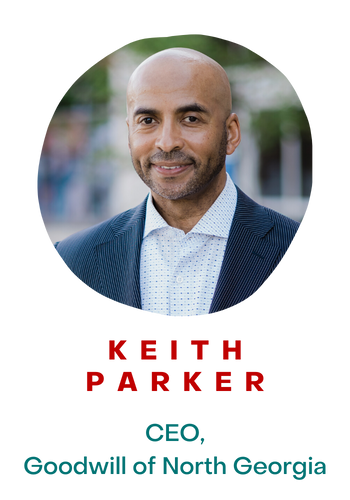 Keith T. Parker is president and chief executive officer (CEO) of Goodwill of North Georgia (GNG), one of the largest retail and nonprofit organizations in the southeast. Parker took the helm at GNG in October 2017. Prior to transitioning into his leadership role at GNG, Parker has served as CEO of the largest transit systems in several cities, including San Antonio, Charlotte and most recently, Atlanta (MARTA).

Throughout his career, Parker has received numerous awards and accolades as a transformational leader and transportation visionary. METRO Magazine named Parker as one of its 20 Most Influential People of the Decade. In 2016, Parker was appointed by President Barack Obama to serve on the National Infrastructure Advisory Council (NIAC). Among other awards, Parker was selected as one of Atlanta’s Most Admired CEOs by Atlanta Business Chronicle in August 2017 (as CEO of MARTA) and in August 2021 (as CEO of GNG).

Parker and his wife are natives of Virginia and have 3 children. Parker holds an MBA from the University of Richmond, as well as a Master of Urban and Regional Planning and a BA in Political Science from Virginia Commonwealth University. Parker is a 2014 graduate of Leadership Atlanta. 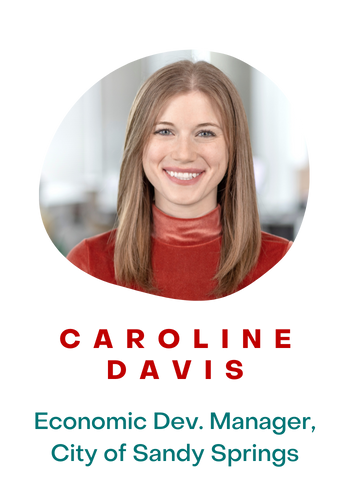 Caroline Davis is the Economic Development Manager for the City of Sandy Springs, Georgia. Since joining the City in 2018, she has been responsible for facilitating economic development planning and initiatives, identifying and fostering economic development opportunities, assisting local organizations, businesses, and individuals with supporting their business development goals, managing citywide recruitment and retention efforts, and marketing the City to bolster and grow the business community. Caroline is a graduate of Leadership Sandy Springs (2020) and a current Board Member for the Sandy Springs Education Force. She received her Master of Public Administration degree from the University of Georgia. While pursuing her degree, she worked with The UGA Archway Partnership, providing community and economic development services to rural communities throughout Georgia. Caroline holds a Bachelor of Arts in Community & Leadership Development from the University of Kentucky. A native of Kentucky, Caroline now resides in Sandy Springs. 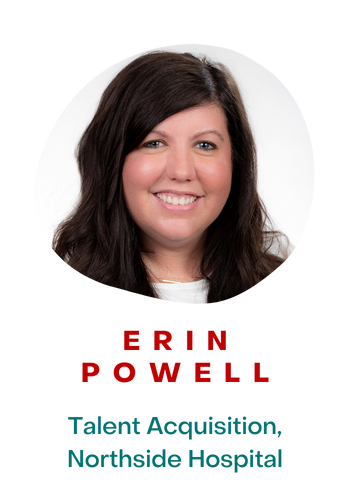 Erin Powell is a Talent Acquisition Manager at Northside Hospital, one of the fastest growing health care organizations in the Southeast. Northside currently employs more than 25,500 employees, including physicians, nurses, allied health professionals, administrative and support services personnel throughout the Atlanta Region and many parts of Georgia. Erin has been in a leadership role at Northside since 2017, leveraging her decade-plus of recruitment experience on identifying, cultivating, and recruiting talented individuals in the healthcare field. She is a graduate of the Leadership Sandy Springs class of 2019 and on the advisory committee for Youth Leadership Sandy Springs. Erin holds a Masters degree in Marketing from Central Michigan University, and a Bachelor of Marketing degree from Eastern Michigan University. She regularly volunteers with the Georgia English Bulldog Rescue and the Pancreatic Cancer Action Network, and has also volunteered with Hands On Atlanta, Dress for Success, the Ronald McDonald House, and the Sandy Springs Education Force. Erin has two dogs, lives in Smyrna, and stays active with Orange Theory classes.